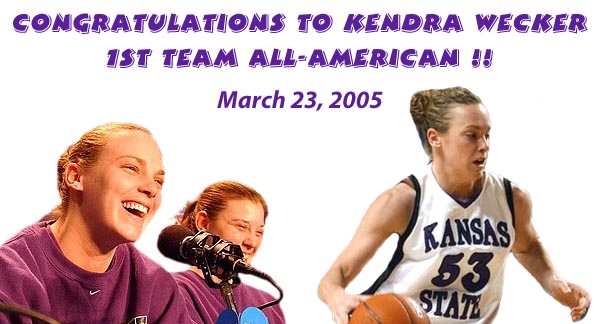 Wecker goes #4 in the WNBA draft.

Wecker was picked by the San Antonio Silver Stars.
View a 6 MB QuickTime movie of her selection.

Nothing on this page is © 2005 by David Yoder, except the banner.